About a year ago today, I was on vacation in London. We headed to the All England Club in the London suburb of Wimbledon to watch the Men’s singles match between Andy Roddick and Andy Murray outside on the screen on Henman Hill. The very next day, I was in a room of fans watching […]

Last summer, I was in London for the first time since my study abroad back in 2005. It was great revisiting and seeing London as a woman in the working world (and with a better camera!). I think it made me realize that while I’m older, I’m still the same person that loves exploring the […]

From within the Liverpool Train Station, the wide glass windows brought views of downtown buildings. That day, I walked around the station, taking photos of the tourists exploring the area and the locals on their way to work. The design of this window stood out.

Houses along the way to Wimbledon, London, United Kingdom

🙂 Don’t feel like writing much today, except to say that these were some of the cute, quaint houses we passed as we walked to Wimbledon!

I thought this was a cool quote!

Through the doors of the library at the London School of Economics are floors and floors of books and studying students. I was even able to get a visitor library ID card while I was there (ID with my picture and everything!). Going through the center of the library is the circular architecture of stairs. […]

This was another photo from the beautiful grounds of Wimbledon right after the Andy Murray vs. Andy Roddick game ended. Spectators cleared Henmen Hill and dispersed into the Wimbledon store and off of the grounds. As we descended from the Hill, we could see one of the tennis courts used during the championships.

Europe is known for their elaborate train stations and this one was no exception. I’ve always been impressed by the excellent rail system that connects most points throughout Europe. This was a station close by Wendy’s new flat that was a hub for both the Underground and the long distance trains. This Liverpool Street station […]

No trip to London can be complete without a stroll through the city by night. The sights in London light up and create reflections in the River Thames, the second longest river in the United Kingdom. In this photo, you can see the London Eye, a huge ferris wheel, as well as the Houses of […]

In London, where Michael Jackson’s 50 concert tour dates was set to begin soon, news of his death rippled throughout the city. At the Lyric Theatre, the Thriller Live show was originally created and performed to celebrate the accomplishments and musical influence of Michael Jackson, and it has now become a tribute to his life. […] 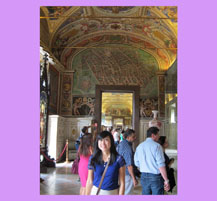 Figuring out my next destination...where to next??