[On the road] Home from my Trip to China & South Korea

A quick recap of my trip to China and South Korea. I just got back  this evening and since I’m feeling awake still, just thought I’d talk a bit about my trip. We did so much during the trip and it will take me a while to document everything! I traveled to China with my family (mom, two aunts, uncle, cousin), and then in South Korea, I met up with friends from my graduate schooling in the UK.

I’ve never been to either China or South Korea, and so it was especially exciting getting to explore two new countries. I know that I barely scratched the surface, but I loved what I saw. The world is filled with so many amazing things and the more I travel, the more I want to see more! Travel is truly an addiction.

First up, China! We flew into Beijing and had a couple days to explore the city. In Beijing, I got the chance to meet up for dinner with my middle school friend, Kristin. So nice getting to see familiar places abroad! While in Beijing, we saw a ton of sights and ate a ton of food. We also did an excursion out to the Great Wall, and it was so amazing to get to see it in person! Then, we had an early morning flight to Shanghai. From there, we explored Shanghai a bit and then went to some surrounding cities – Hangzhou, Suzhou, and Nanjing. Ended up my China trip in Shanghai, where I got soup dumplings – YUM!! China is full of skyscrapers and modern buildings, but at the same time, so many of the cities have some much ancient culture and architecture. It was really cool getting to see a mix of this. 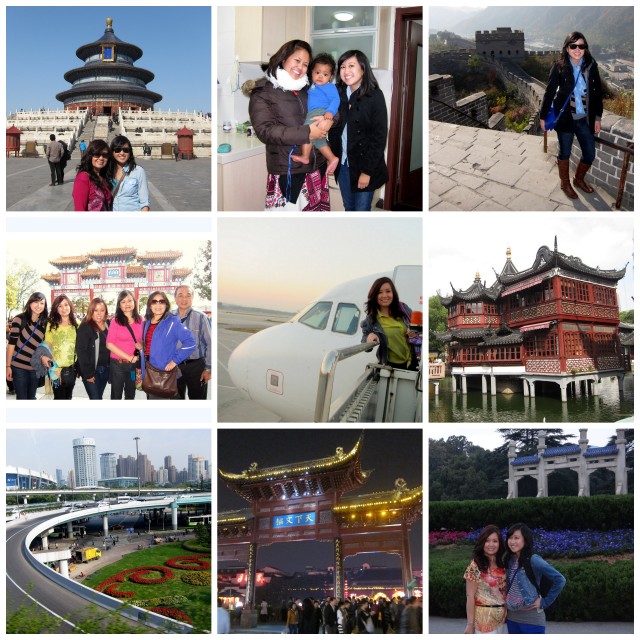 After that, my family was off to Vietnam and I flew on my own to Seoul. South Korea was so much fun! I first met up with a friend from graduate school, Gary, and then two other friends from school also flew in from Tokyo. Reunion! It was so great seeing everyone, especially in a completely different place than where we met – the UK. Gary and I spent our first full day at a tour of the DMZ (demilitarized zone) between North and South Korea. What an interesting tour, especially getting to go to the JSA (Joint Security Area) where we just steps away from the border of North Korea. I love going on tours like this because I got to see the news and international relations in action. The next day, my friends Nobu and Asako arrived in Seoul and the next few days were spent exploring Seoul. It really is an amazing city. It’s not so much about attractions, as it is exploring the many different neighborhoods that span ancient history to the modern day. A lovely mix of both. I especially loved getting to eat Korean food ALL the time. We had BBQ meat, soups, and of course, all the delicious street food. I think if I lived in Seoul, I’d definitely be gaining weight!

Lastly, this trip marked the first time I ever missed an international flight and I’m still thinking about it, wondering where I went wrong. I got confused on the connection between one of the Subway lines and the Airport Railroad at Seoul Station and it all fell apart from there. Anyway, ended up just missing the Air Canada one hour check in deadline by just a few minutes and wasn’t able to make it on the flight. Ran around the airport some more and finally got on the phone with Air Canada ticketing where I was able to book a new flight for the following day, although with a hefty change fee. Have you ever seen a $250 change fee?? Even the ticketing agent I was speaking to on the phone thought it was a lot. Sigh. I ended up getting a hostel back in Seoul and getting another day to explore the city which ended up being not so bad at all!

The best stories are the adventures that don’t go according to plan. -me

Thanks for reading! Feel free to comment and ask me any questions about my trip!

Figuring out my next destination...where to next??